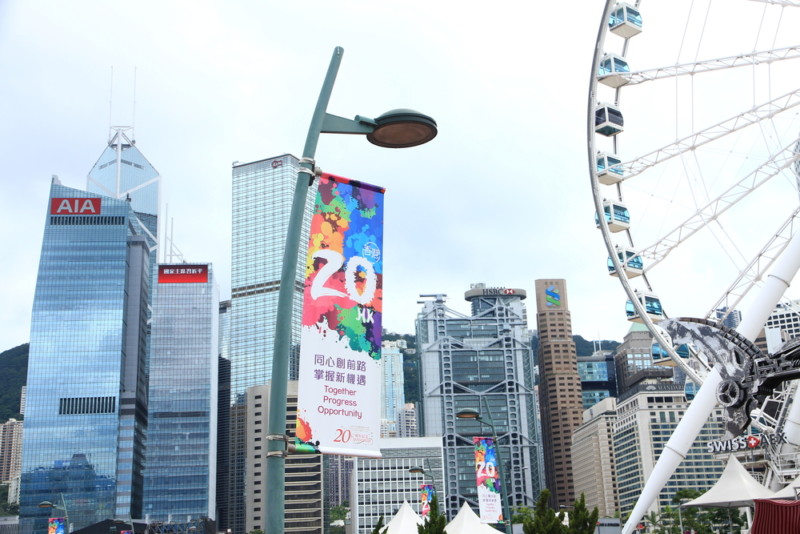 Last month marked the 20th birthday for Hong Kong. While the SAR is much older than 20 in reality, having been passed from Qing Dynasty at the end of the Opium Wars to the United Kingdom – July 1st marked Hong Kong’s 20th anniversary of the transfer from the British to China. Taking a step back, the region has realized incredible growth since then. GDP has nearly doubled from $175B to $321B USD- while other countries in the region, like Japan, remained stagnant. But what’s next for Hongkongers?

Following the money is generally a good way to figure out any trend. Accordingly, to figure out Hong Kong’s future, investors should see what the budget is. For now, Hong Kong is budgeting in 2-3% GDP growth for 2017. With this growth, the government plans on taking in $396B HKD, the majority of this revenue (53%) is driven by earnings and profits tax. The 2017-18 budget is estimated to be the first deficit since the 2013-14 period. A mild deficit however, $1.3B HKD, or a 0.23% drop in the opening balance.

With a slight uptick in spending, where is the money going? According to PricewaterhouseCoopers, a number of new initiatives will be started. One of the more interesting innovations, taking cue from Silicon Valley, is a venture fund. The information and technology fund will “encourage private investment in local start-ups” – to the tune of $2B HKD. Other areas of capital allocation include $30B to support those of age with disabilities, plus $20B for sports development.

Overall, a major theme going forward is advancing Hong Kong’s position as a technology leader. PwC further notes that officials plan on reserving $10B HKD for “supporting innovation and technology development in Hong Kong.” But Hong Kong is not advancing as quickly as some officials would like.

Regina Ip, a Non-official Member of the Executive Council, and former candidate for the Chief Executive race was recently quoted as suggesting Hong Kong was “lagging behind miserably” Mainland China technology wise. Specifically, making cities smarter and more efficient via technology. She reportedly cited the blocking of Uber Technologies as an example of vested interests blocking innovation.

Regardless of short term hiccups, Hong Kong is determined to make the next 20 years even more bountiful as the past 20. Embracing technology and incubating its growth will strategically place future generations ahead of the competition.

Can the Swiss Model Save Hong Kong’s Economy?

When The Rules Change: A Look Into Chinese Liquidity