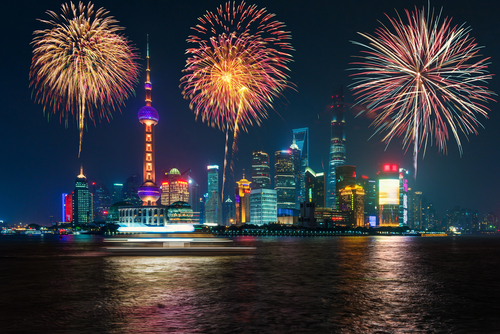 October 1st will be a big day for the people of China. In addition to celebrations around a military parade and other festivities, the party and it’s volunteers will rally around a monumental speech given by Xi Jinping. The day will cement the 70th anniversary of the People’s Republic of China founding.

A decade ago at this time, the party held similar festivities for the 60th anniversary and experienced similar issues to what officials are expecting for October 1st. Protests in Hong Kong sprouted up with roughly 800 participants around the event. Today’s Hong Kong situation is a tad more delicate, so much so that a fireworks display in Hong Kong was cancelled for safety reasons due to weeks of protests and riots. Extra political emphasis will likely be placed on the unrest in Hong Kong in the form of suggesting the need for unification and regional stability. Other key takeaways could include carbon emission goals, an update on China 2025, the belt and road initiative, and other strategic projects.

The party might also drop some hints as to its goals for the near future, with the 14th 5 year plan coming around the corner. As such, investors will be watching for any foreshadowing as to the next wave of investment themes. According to analyst expectations, some of these themes include a continued emphasis on services in terms of production, technology leadership in 5G + 6G and artificial intelligence, and community development outside large cities.

While the moment will be looked upon with pride in what has been accomplished, emphasis will likely be placed on what has yet to come. Staring down future challenges as one party, across the region, from Mainland China to its SAR’s.

Hong Kong: Lam On The Markets.