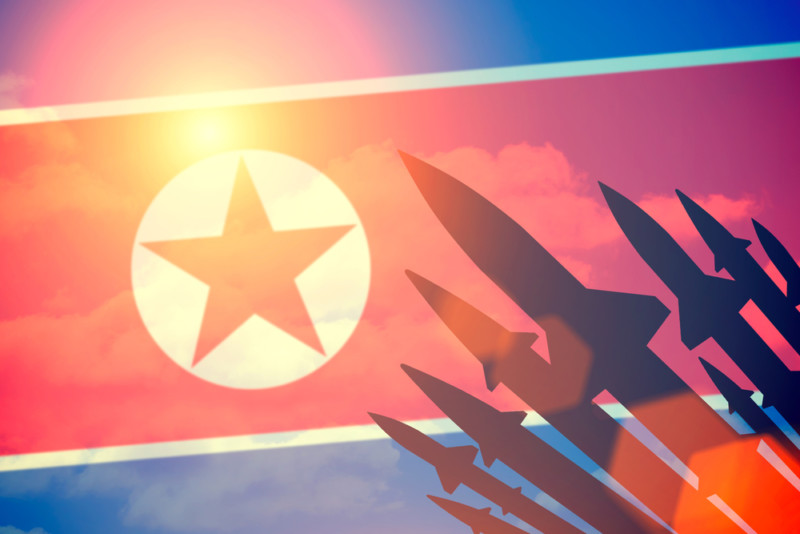 The situation in North Korea is evolving quickly. Headlines are flowing in on a daily basis. Just this week, Chinese media advised its citizens who reside in North Korea to come home. Back in the US, President Trump said he would be “honored” to meet Kim Jong Un if the situation was under the right circumstance, in attempts to ease the situation without a military clash. These developments might be catchy, but investors should be following the money rather than headlines.

Most of the world hoping for a diplomatic solution, but military muscle flexing continues. For example, the US has positioned the USS Carl Vinson strike group in the Korean Peninsula and just deployed a RQ-4 Global Hawk surveillance drone. The cost of the drone alone is approximately $131.4M USD.

On the North Korean side, nuclear tests and development continue, according to UN satellite images. The dictatorship also continues to experiment with missile launches, an especially concerning development for South Korea. The cost of a single North Korean launch is estimated to be $600M USD. To protect South Korea from any aggression coming from the North, the US just installed a missile defense system. Terminal High Altitude Area Defense (THAAD) was recently installed in an old golf course close to the border. The cost of this program is backed by the US and is estimated to cost taxpayers $1B USD.

With all this money flowing into war preparation and protection, investors are doing the same. In the wake of these tensions, investors and speculators have begun to snap up South Korea Credit Default Swaps (CDS). According to Asset Macro, the cost of default protection has rallied about 20% in the last 6 months. Another measure of caution is implied volatility. Options contracts listed on the iShares MSCI South Korea ETF (EWY) are also bracing for uncertainty. Options market makers are pricing short term options (40 days until expiration) at a 20% implied volatility level or an expected range of +/- $3.48 for the ETF that closed at $63.41 USD friday…basically stating the market could be up or down 5.5% within the expiration cycle.

Should tensions decrease, investors will likely turn to selling their protection. Otherwise, market participants should keep an eye on where the money is flowing to gauge what could be next.