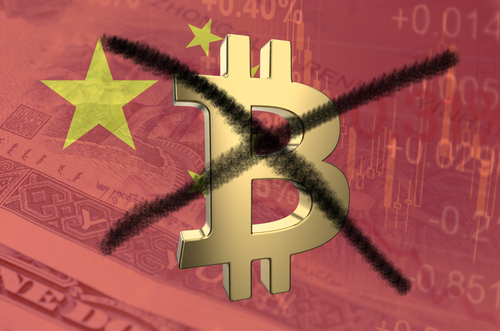 Capital controls are a cornerstone of China’s economic strategy…keeping capital within the mainland to stem the decline of the domestic currency (RMB/USD). Its central bank has been using its FX reserves to prevent the precipitous decline of the Chinese yuan, to the point where market operations have used $1 Trillion USD from 2014 to mid 2016 for RMB buying. Since then, FX reserves have bounced back, but mainland policy makers are still concerned with capital flight.

A decentralized currency, like bitcoin (BTC), would be an ideal asset to use for moving capital around the world; it’s relatively frictionless and liquid. But there are rumors floating around the crypto market that China will outlaw bitcoin exchanges. Moreover, China just outlawed ICO’s (initial coin offerings – a way to raise capital for businesses in the form of a digital currency as opposed to tradition shares).

While the jury is still out for the BTC ban, crypto investors barely missed a beat in their epic bull run. To date, companies have raised over $1B USD via ICO’s and a couple of companies reached market caps of over $1B USD too, like unicorn OmiseGo (a white label e-wallet platform). Price speculators will note however that underlying prices have cooled. Ethereum (ETH) for example has pulled back about 25% from its high in September when the ICO ban took place. BTC has followed trend and pulled back $800 from its recent high of $4.8k USD.

Overall, regulators and the private sector are still feeling out the transformational nature of cryptocurrencies and their implications, but not everyone believes in the currency. Jamie Dimon, the CEO of global mega bank JP Morgan Chase, recently called bitcoin a “fraud” in a CNBC interview, but noted the importance of the underlying technology, blockchain. Moreover, Ray Dalio, the founder of Bridgewater Associates – a hedge fund with over $150B in AUM, just called Bitcoin a “bubble” too. Proponents of the digital currency can actually spin this as a positive, because these market participants are the exact type of institutions that can be disrupted.