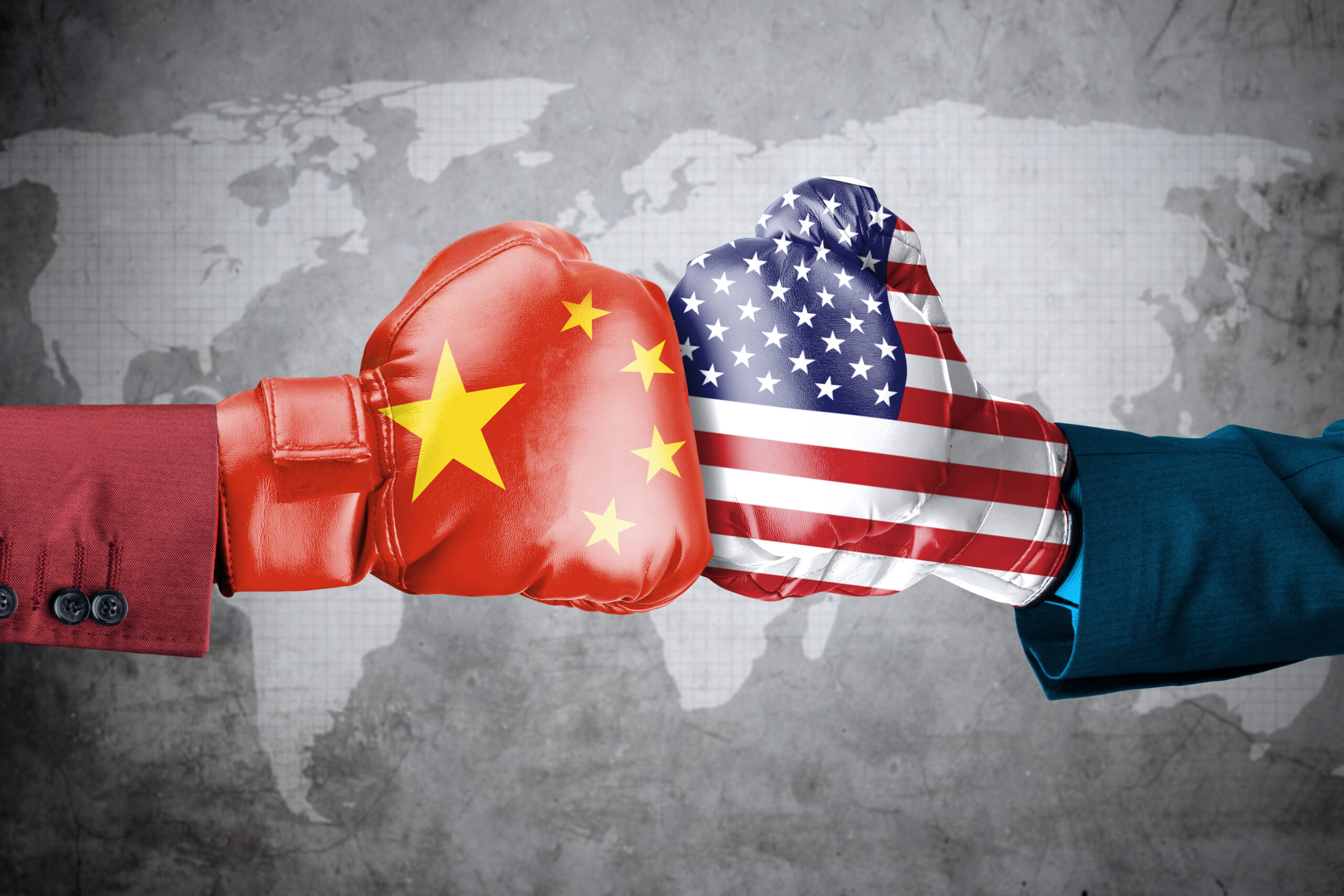 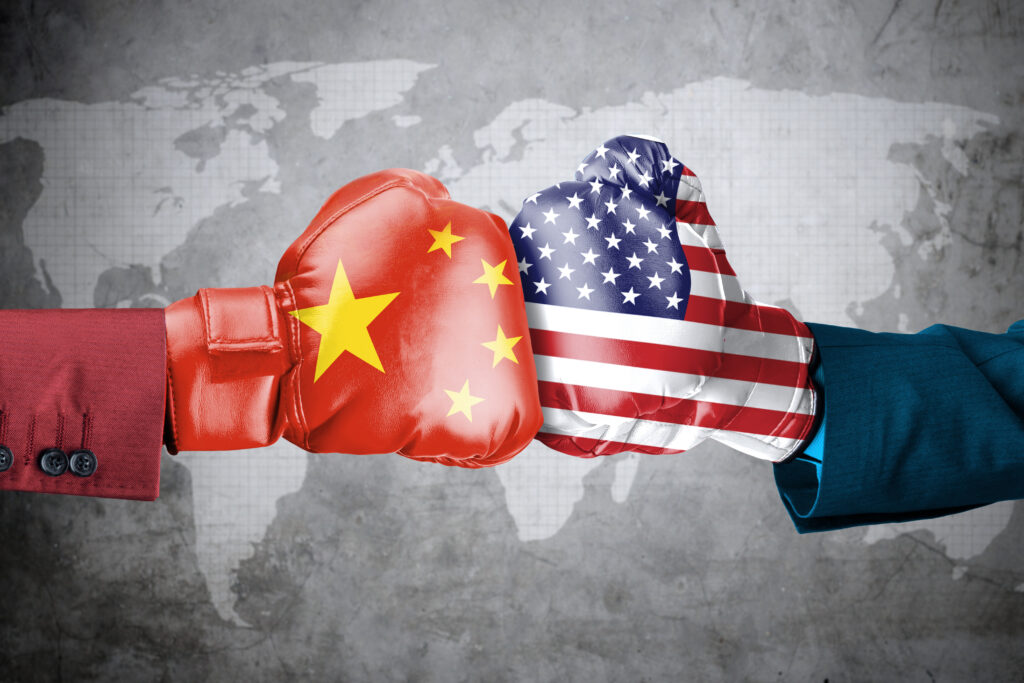 In the era of Biden Administration, Sino-U.S. relation keeps worsening and do not appear to be cooling down. Apart from blame game over the source of Coronavirus, current Sino-U.S. confrontations inherit Trump-era directions of sanctions on counterparty citizens and entities; restrictions on imports from counterparty; economic blacklist; arguments over national security concerns, democratic and human rights issues; ban on offshore investments in counterparty firms in tandem with limited fruitful talks between both national level officials. Tense Sino-U.S. relations would be a factor affecting investor confidence in certain sectors underpinning stock markets. However, the widespread delta variant, related economic slowdown as well as China’s market-intervening policy are shaping investment decisions in the regions.

The U.S. markets seem to be playing at its own chords, and with the exception of a few Chinese listings on the U.S. exchanges, the U.S. markets do not appear to be affected by worsening Sino-U.S. relations. As exhibited by the following Chart 1, Dow Jones Industrial Average (DJIA) still sees growth momentum for the latest 6 months. Underpinned by Sino-U.S. confrontation, China actively regulates its U.S.-listed companies through policy intervention however resulting in immaterial impact on DJIA. Nasdaq Composite Index for the same 6 months’ period is initially on the track of ups and downs and then upwind sailing fueled by strong growth momentum after May (Chart 2). There does not see significant impact of tense Sino-U.S. relations over the general U.S. stock markets. 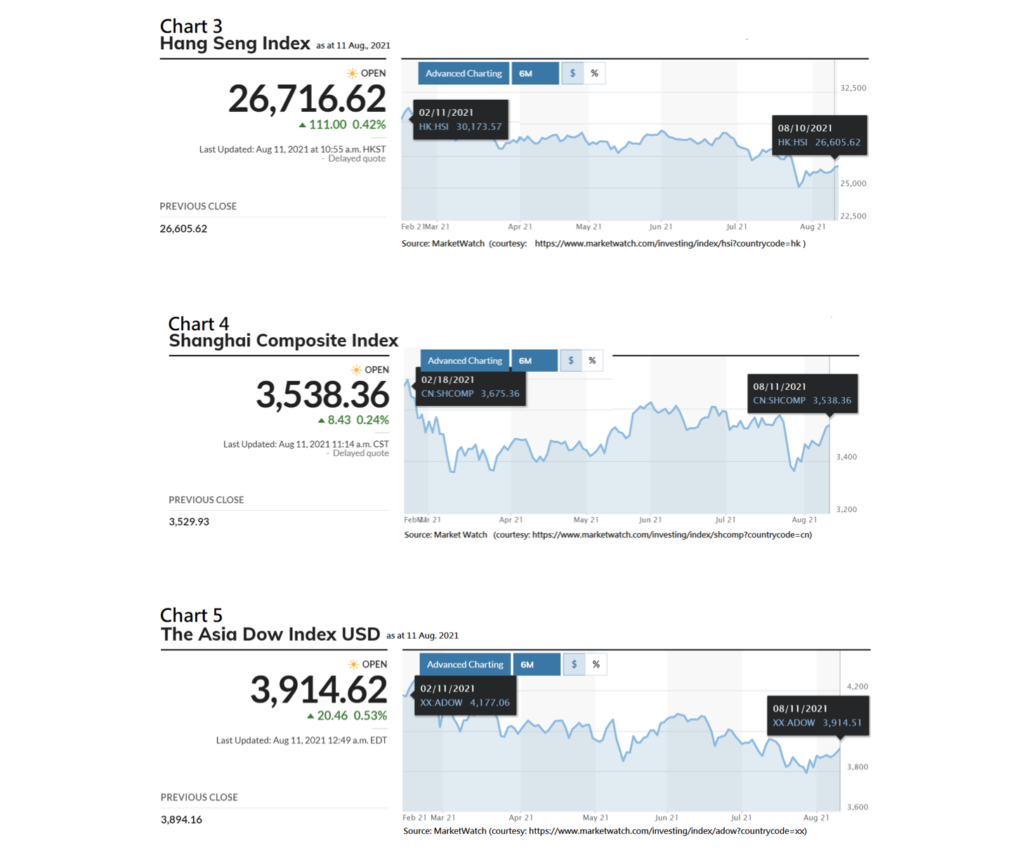 As shown by 6-months performance of the above-mentioned stock market indices in Asia, it is clear the effect of Sino-U.S. tension over Greater Asia stock markets is gradually diminishing. This is probably due to market digestion of the news of tense Sino-U.S. relations and factoring of this news into market prices in early days. Without the incidence of significant deterioration of Sino-U.S. relations and subsequent aggressive actions, stock markets would probably remain the current price mechanism. The recent drop in Asian stock markets is majorly driven by a regulatory crackdown 3 triggered by China’s policy changes, not market panic responding to worsening Sino-U.S. relations. Rather, panic on policy uncertainty is the major driver of market downfall. In this regard, it is almost certain that China’s regulatory changes will continue . Market reaction if not adapting to this new normal would be overdone, creating short-term price fluctuation in Greater Asia stock markets.

Sanction-induced price impact hard to shake overall market in the long run
Another implication is the effect of sanctions brought about by worsening Sino-U.S. relations. The sanction-induced price impact would probably at most be sectoral (e.g. sectors represented by Tencent’s WeChat, TikTok, Huawei, Xiaomi, etc.) instead of shaking the overall stock market in the long run.

Tapping the opportunities of post-crackdown price surge
Market over-reaction to sanction-induced price dip would lead to a series of sell-offs, potentially pulling the market prices of affected Chinese stocks below intrinsic values. Upon the outlook for Sino-U.S. relations turning to be more transparent, there would emerge the price-tapping opportunities of these sanction-squeezed Chinese stocks. In the near future, the Greater Asian stock markets especially the Chinese markets may experience high volatility due to the uncertainty of China’s polices and Sino-U.S. tensions. Scrutiny over investment decisions are always necessary.

How far Covid 19 and its variants affect Asian stock market