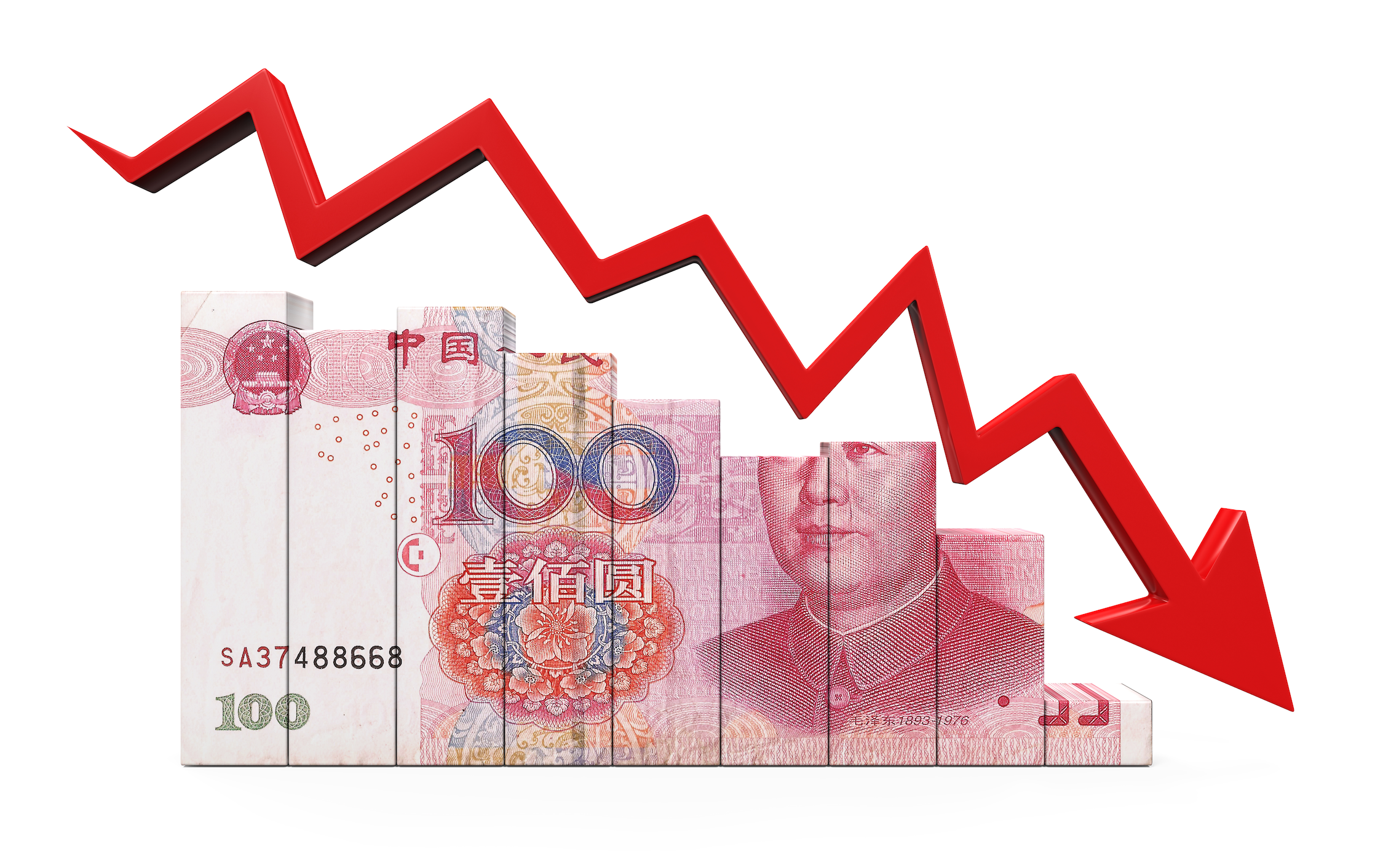 The U.S. dollar continued to rise as the Federal Reserve raised interest rates, causing Asian currencies to scramble to depreciate. The Chinese yuan (RMB) is especially experiencing massive winds and waves. In September, the Chinese yuan exchange rate (RMB) fell to 6.99 per dollar, approaching the psychological milestone of 7 per dollar.

The current wave of RMB depreciation is primarily caused by the interest rate spread between China and the U.S. If the U.S. Federal Reserve does not reverse the interest rate hike policy, the pressure on the RMB exchange rate remains. Secondly, performance in China’s foreign trade may also trigger an adjustment in the valuation of the RMB exchange rate by the Central Bank of China. To prevent the sharp unilateral drop in the exchange rate against the U.S. dollar, the People’s Bank of China has cut the foreign exchange reserve requirement ratio (RRR) from 8% to 6%.

Facing the depreciation pressure, it seems China still has good reasons to continue an easing monetary policy in the foreseeable future. The sluggish loan and housing market and the lingering epidemic slow China’s economic recovery. On the other hand, compared with other non-dollar currencies such as the British pound, the euro and the Japanese yen, the drop in the RMB exchange rate this round is relatively “tiny”, only about 10%. In addition, China’s trade surplus remains high, although the supply of natural gas and other energy sources has not been fully restored.

How will the weakening RMB affect the Asian and global investment market?

The rapid depreciation of the RMB may badly hit global commodity prices. Like the rest of the world, China typically uses the U.S. dollar to source raw materials from overseas countries. Therefore, the fall of the exchange rate of the RMB against the U.S. dollar increases the cost of importers and suppresses demand, which is not conducive to commodity prices. It will be a significant headwind for commodities such as crude oil, copper, iron ore and soybeans, which heavily rely on China as the biggest buyer.

A weaker RMB could also be a problem for commodity financing. Because Chinese traders borrow U.S. dollars for purchases, the fall of RMBl exposes them to higher financing costs.

Some Chinese exporters, however, could benefit from a weaker currency as China is the major supplier to the rest of the world in global commodity markets of aluminum, rare earth elements and solar panels. Many Chinese manufacturers focusing on processing trade could also benefit from cheap RMB. High net worth individuals investing in community futures and the import and export public companies must closely observe the impact of the RMB exchange rate on these sectors.

The global investment market had lost its growth momentum since Q1 this year, when the Russia-Ukraine War had just broken out. One of the main reasons is that the global central banks have aggressively raised their interest rates, which has caused a sharp drop in the bond market. In September, the gap between 10-year U.S. bonds and Chinese bonds widened to more than 70 basis points, the widest since 2009.

Any further widening would make the RMB assets less attractive to foreign investors, prompting massive capital outflows. If you choose to withdraw your fund from China, remember that the rest of the world is not performing much better. This year’s highest point of the Hang Seng Index of Hong Kong was 25,000 points, but now it is only around 18,000 to 19,000 points. Meanwhile, many investors sold U.S. bonds and U.S. stocks and fled to the U.S. dollar, reflecting the extreme risk aversion of investors.

The RMB may continue to underperform unless China delivers some sizable fiscal stimulus. And it is widely expected that ahead of the 20th Communist Party Congress in mid-October, no significant change in monetary and economic policy will happen. Therefore, in the short term, the Chinese authority will likely go on supporting exports through some devaluation but will remain wary of the rapid depreciation of the RMB. Investors are better off staying cautious or keeping their money in a suitable safe haven until there is a clear shift in Chinese policy.

Chinese Real Estate Developers are in Crisis. Is it a Good Time to Buy the Dip?